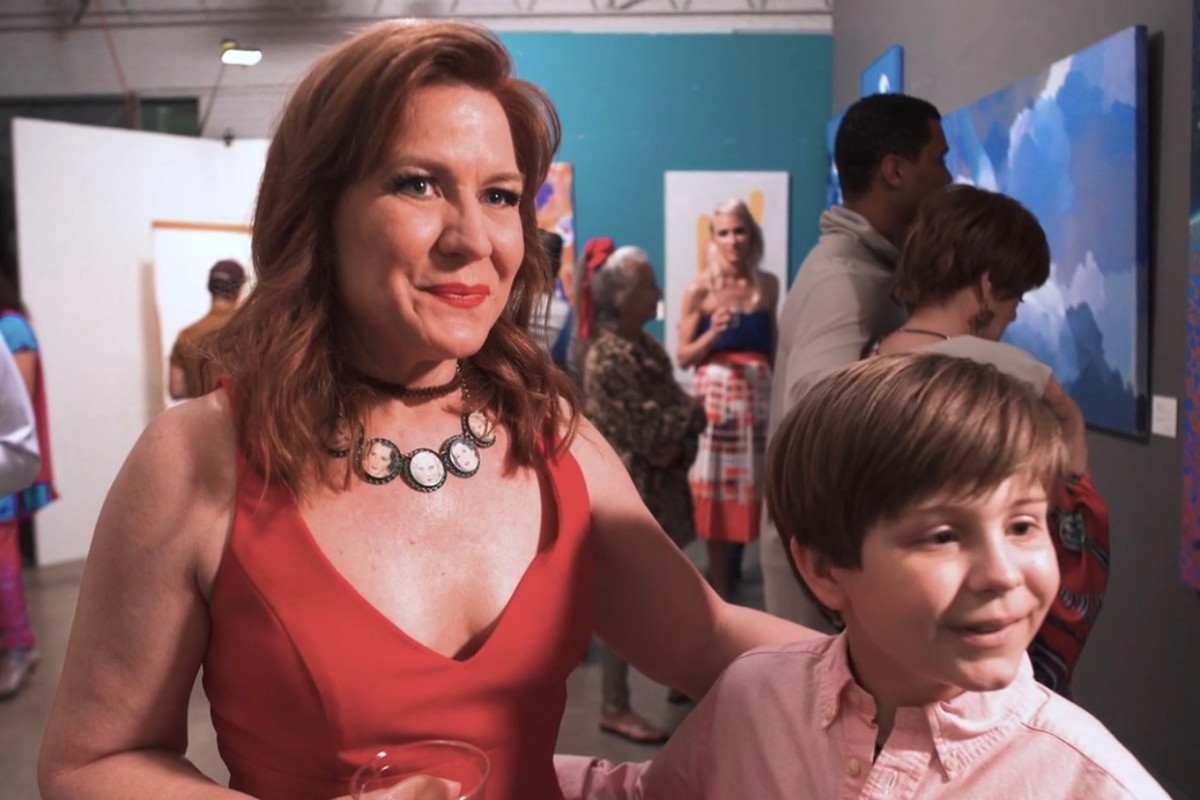 It’s the classic curse of an artist to be misunderstood and Reece (Pennington) just wants to quietly paint her fields of bluebonnets but the art world can’t quite grasp why they should invest in it instead of something more current and edgy. The film very quickly takes aim at the pretention and passive aggressive nature of art critics, forever with a razor sharp tongue and words that sound professional but are thinly veiled attacks. Their wordy and prolonged dialogue is well written with a droll edge, it’s almost a parody with the comedic side but pulls back before it gets there to not feel outlandish or over the top. It probably helps that one of the critics is played by writer Stuart Glass.

The film also has a very classic style narration sitting on top, the pausing of the frame and thinking out loud type which is reminiscent of the 80s and 90s, and it fits in very well, it’s a good source of comedy. It doesn’t always work but here it’s a good choice to add very quick sympathy and understanding with the lead, to know what they’re thinking and lucky for us, Reece (Pennington) is a smart, sarcastic and interesting character, despite her unusual dedication to bluebonnets.

In the end, there’s an interesting theme of self-reflection and taking a step back to consider not just your actions, but why you chose them. It’s surprisingly sweet, although it does get somewhat cheesy, adding a sentimental message can always risk coming across as insincere and while it doesn’t quite get there necessarily, it does feel fairly mushy compared with the comedy and satire that the rest of the film is going for.

The strongest written line of comedy in the whole film is most likely Reece’s final piece, the creation after hours of trying to break out of her shell, resulting in something that feels as though it’s a blend of a kick to the nuts of the art critics and what they might consider the ultimate self-portrait, it goes out on a strong note of satire. Sadly, telling you what it is, would be spoiling it so you’ll just have to wait and see. Red Dots is a nice dose of satire mixed in with a lesson about expanding your horizons and exploring your abilities.