Now that I’ve posted my top and bottom 10 films of the year, it’s time to talk about some that you may have missed in the cinema but should have caught; it’s not always easy to tell whether a film may be worth your time so here’s some that are worth keeping an eye out for. END_OF_DOCUMENT_TOKEN_TO_BE_REPLACED

There’s certainly been plenty of films to choose from for this list over the past year but there’s always a certain few that stand out for being particularly awful, of course it doesn’t include the films I purposely didn’t watch, knowing they’d be awful else this list would have to be much longer. END_OF_DOCUMENT_TOKEN_TO_BE_REPLACED 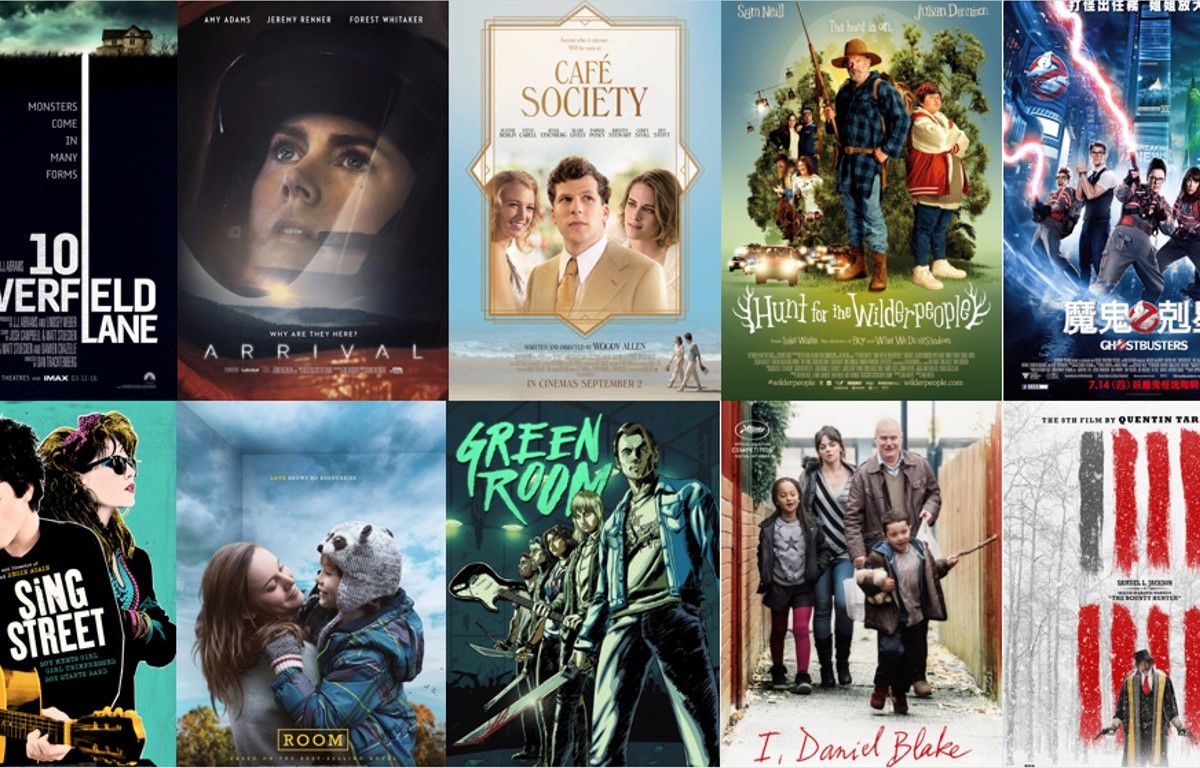 Now that 2017 has officially began, here’s a quick look back at the brightest sparks that a rather mediocre year of film had to offer:

END_OF_DOCUMENT_TOKEN_TO_BE_REPLACED

Every year there are films that really did not need to be made, millions are sent straight down the drain on features that no one will benefit from watching, and here’s my pick of most unnecessary. END_OF_DOCUMENT_TOKEN_TO_BE_REPLACED

The year has ended and out of the multitude of films that were released, it’s time to pick the few that stood out and made the trip to the cinema worth every penny. It is no easy process picking those top 10 because of course there were more than 10 decent films released in 2015,and  we all have our favourites that will instantly make the top 5, but how do you decide which ones make the cut? How can you compare them when they’re completely different in almost every aspect? Realistically you can’t, but what you can do is let your gut decide which ones you enjoyed more; which films made you want to cry, or cheer, or leap out of your seat. So, letting my instincts take the reins, here are my top 10 films of 2015…

Now this may seem like a strange choice, and probably won’t make the majority of lists for this year, but it will feature in mine for good reason. The plot and general idea is ridiculous without a doubt, and the fact that this cast and crew has managed to pull it off and create a stoner/spy/comedy/action film in the process is something I can sincerely respect. I thoroughly enjoyed this one and think it definitely deserves its place in my top 10. 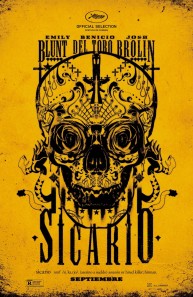 This one will be less of a surprise, Denis Villeneuve is one of this decade’s brightest directors who, in the last 3 years has brought us not only Sicario but Prisoners and Enemy. This is a haunting story of bleak honesty and danger, that has given Emily Blunt the chance to really work her acting muscles, the role may not have done her the most justice but she made it work to the largest extent. It will sneak up on you and capture your attention in the best way.

This is one I go back and forth with about its position on this list, should it be higher or lower? And to this moment I’m still not sure, but it has a quality about it that’s infallible. The combination of its factors: actors, director, story, sets, just everything that you need and that’s before you even add Hanks, and then you’ve got something amazing. This film may not be what you expect, but somehow it’s better and will make you laugh, cry, gasp and cheer. 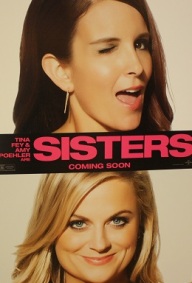 I would be a failure as a die hard Fey & Poehler fan if I didn’t include this film in my list; take it as the equivalent of those who waited so long for Star Wars, I waited for Sisters. It’s easy after a long build up to be disappointed, but this was so satisfying and hilarious that watching these two ladies in their element on the big screen was a fantastic experience for me. It had me in stitches and for that reason it makes the list in a very decent position.

Rebooting a franchise is definitely easier said than done, but Fury Road managed to build on its predecessor and make something great. We should all know by now that Charlize Theron took the crown in this one (metaphorically, so that’s not a spoiler), and kicked arse for the women, quite literally the women she was trying to protect. Though the beauty of this film is aesthetic, without a doubt the most brilliantly put together film of the year; not just the scenes but the choreography and the score to go with it, the outcry if George Miller isn’t nominated for an Oscar will be phenomenal.

I’m not sure how many lists this one will make, but it should. Julianne Moore, now an Oscar winner because of this role, gives the most harrowing and devastating performance I have ever seen in my entire film watching life, watching her journey as Alice descending further into her illness is crushing. I may have already been a Moore fan, but if I hadn’t this would have converted me, this woman should be fighting Meryl Streep for the title of best living actress. To see a film so honest and captivating is amazing and only due to the sheer amount of great films this year is it only at number 6.

This is one I really believe has gone much too under-appreciated, brought to us by the man who gave us Kick-Ass, and every bit as fantastic. It was the sole film of this year that as soon as I watched it, I wanted to see it again, and I did. It’s not only action packed, but it’s full of humour and has brought the world Taron Egerton, who will have a bright future; this one is just a tonne of fun.

This one was a fairly recent addition to my reviews, and straight away made itself a place on my top 10; talking script and plot, this is by far the best film of the year. It’s steady pace and air of mystery are perfect, and will leave you speechless; I regrettably had the impression that this would be a film I would have a lack of interest in but I was severely wrong. This film deserves to be on every best film list of the year, and is inconceivable that it was made by a first time director; safe to say I will be keeping an eye out for the name Alex Garland.

Now this, needs no explanation for anyone who has seen it. Matt Damon gives the performance of his life, and Ridley Scott gives us something unforgettable; with such a simple and yet not, story of a man being stranded, you’d almost be forgiven for thinking it would become stale but you’d be very wrong. Being not only funny but smart, inventive, touching, gut-wrenching and filled with so much hope, it is possibly Scott’s best film to date against an impressive list

1. Me and Earl and the Dying Girl 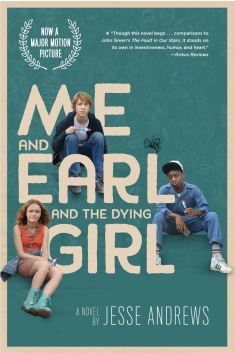 This one might be more of a surprise to those who haven’t seen the film, or those who haven’t read the book, but it’s more than justified. It may not be a several million pounds blockbuster, but it has the biggest heart of any film that I’ve seen this year. The most charming and funny, yet heartbreaking story, which (this I say on very rare occasions) is better than the book; they’ve taken a good story and made it something amazing and touching, that will stick with me for a long time; not only that but it has shown an even larger audience the fantastic actress that Olivia Cooke is. Cooke may just be Emma from Bates Motel to some people, and has only appeared in a few films but is a down to earth, modest girl from Manchester with a bright future; this is the year’s best example of what the younger generation has to offer.

Now that the top 10 is out there, here are the ones that I struggled to not add to the list: 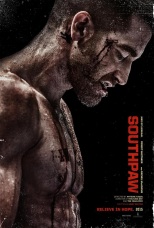 Jake Gyllenhaal gives a roundhouse performance, it’s hard to deny a story of overcoming tragedy to find personal success. This is a very decent film to come out of 2015

This one may not have worked for everyone, but it is possibly the most underrated film of the year, with a great cast and a great story, it’s one you should definitely check out.

The most loved animated film of 2015 and for good reason, this is a touching and entertaining film with a little more going for it than the average animation.

The second best animated film of the year, with a fantastic story, Baymax will be a favourite hero for quite a while to come.

A fantastic telling of Jobs, and a performance from Fassbender that will stay in his career highlights for quite some time, and possibly earn him that golden statue. 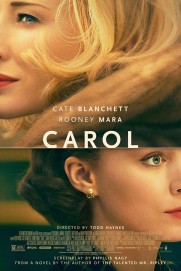 Todd Haynes created a beautiful film, with some of this years best female performances, it just missed the mark for me but I can’t deny its quality.

Amy Schumer has become more and more popular, which resulted in her getting her own feature film, and I’m glad she did because the comedy seems to know no bounds; rom-coms are no longer just for women.

Despite being a Woody Allen film, it’s a genuine surprise that I found this one so entertaining, not the best performances but the story is extremely captivating and a rewarding plot.