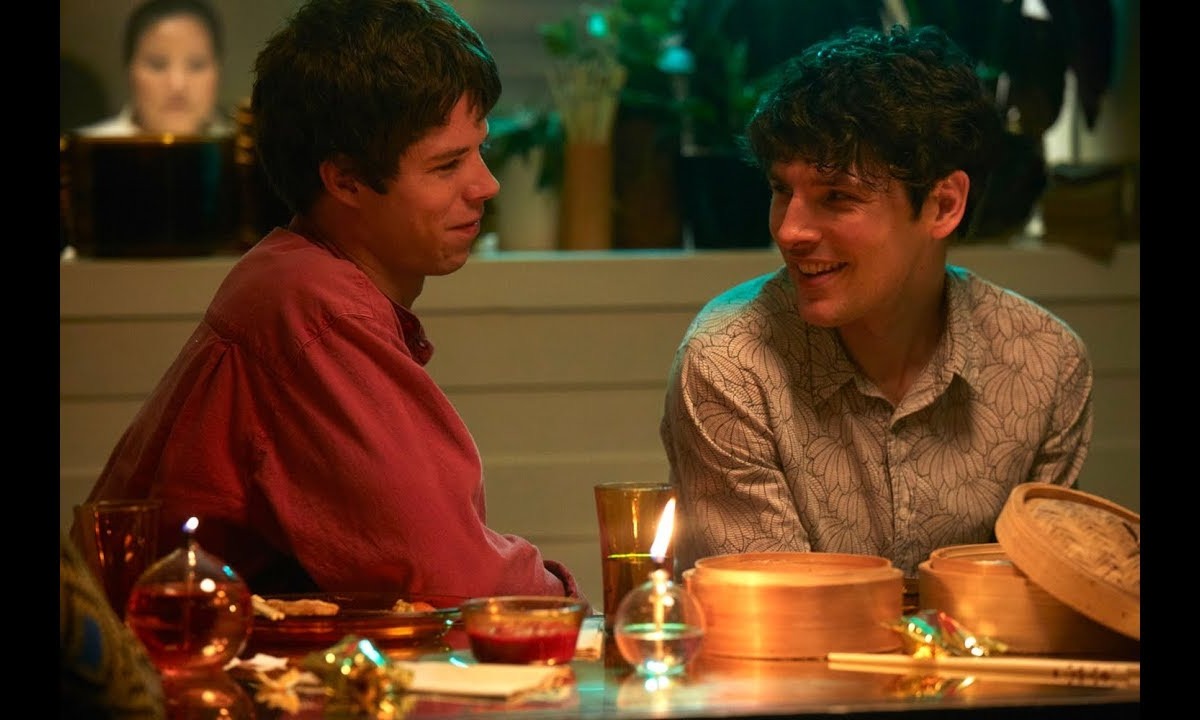 Benjamin (Colin Morgan) is a young filmmaker about to release his second film, a feature about struggling to fall in love when his own life gets thrown into emotional disarray as he meets young French musician, Noah.

If you’ve found yourself thinking that sure, we have Blue is the Warmest Colour, Moonlight, Brokeback Mountain, Carol and Call Me by Your Name for films about gay relationships but can we not lighten things up a touch? Hold off on the piercing intensity for a change, and make a gay Notting Hill? Then you would be doing yourself a favour by watching Benjamin, it’s a personal and intimate story but keeps things on the bright side, with only a touch of sadness. The film has a similar energy to Mike Mills’ Beginners, it’s sweet and funny but with an added awkwardness that’s positively palpable, Benjamin’s almost compulsive need to fill silences and his almost inability to follow social cues without first asking five questions makes him like a fragile bird that you want to protect.

It’s no coincidence how visually similar Colin Morgan is to a young Simon Amstell, with the film almost being a letter to his younger self, Morgan being an ideal choice and making a sympathetic and vulnerable character from the get go. It comes across vividly how personal this story is to Amstell, having a real warm and genuine quality, while at the same time being extremely witty in a quintessentially British fashion. Although the film doesn’t play it too safe and beige, there are still a few curve balls and pleasant surprises to come but we won’t spoil any of those. 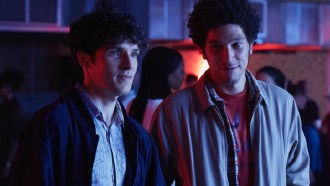 Phénix Brossard may not be a familiar name but his quietly talented and enticing Noah makes a perfect match for Benjamin, slowly bringing him out of his shell and drawing him into a real relationship, as much as it may scare him. Joel Fry is all too familiar with playing the clown or comedian on screen but he brings a surprising amount of emotion to the table this time around. There’s a very skinny, London hipster vibe to the film, full of backstreets and intimate gig venues, with Jessica Raine’s archetypal selfish, young professional as the cherry on top. It gives you a tiny peak into the filmmaking world, the nervous director, ever-working producer and overconfident ‘rising’ actor but it does make you wonder, if Benjamin’s only made 2 films in 8 years and doesn’t seem to have another job, how does he afford that flat?