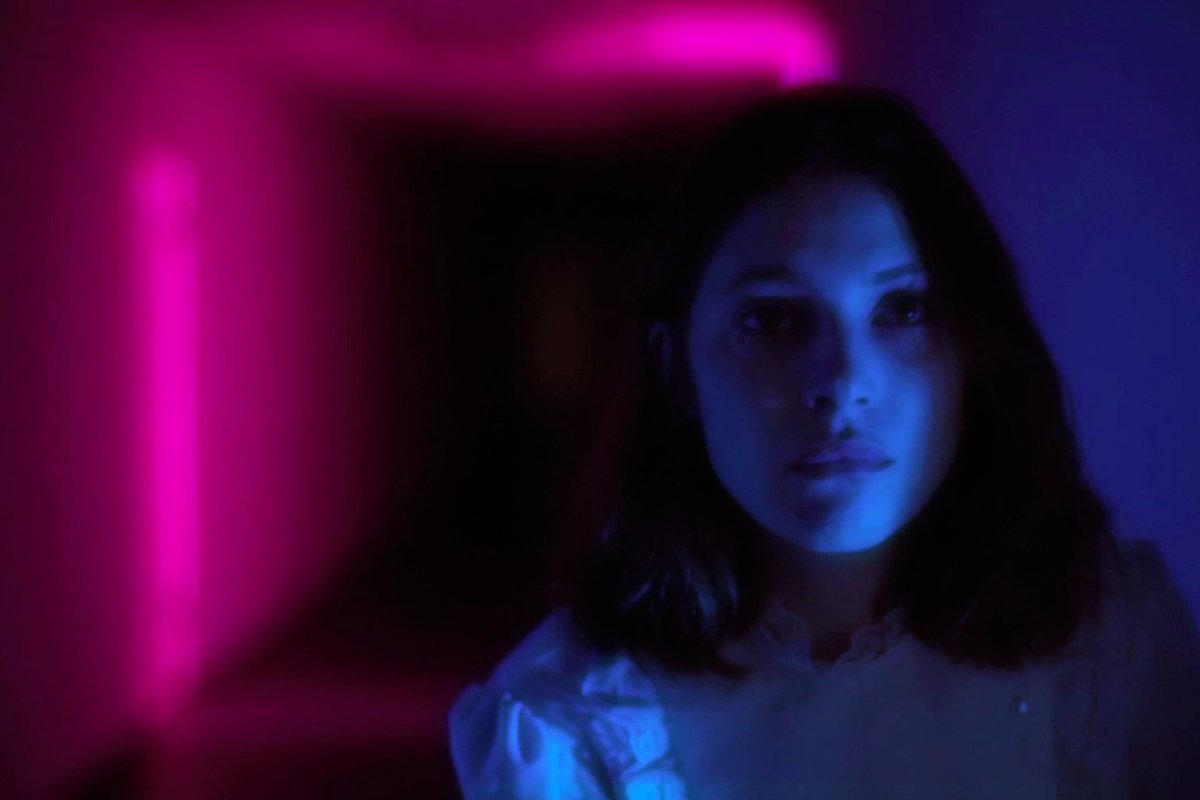 Written and directed by Kevin Kopacka, based on a short story by H. K. Dewitt, following the story of a woman trapped in an endless dream, where she must cross the five rivers of Hades; each on representing a different stage of her relationship. Starring Anna Heidegger, Cris Kotzen and Iman Rezai.

When a film runs the line of veering close to the realm of the silent era, it puts a heavy weight on the shoulders of the lead actor, particularly to hold the audience’s attention and purvey emotion and reaction strongly almost entirely by physical movements alone, thankfully in this case, it’s done successfully. Heidegger does well to keep the audience following closely, of course this is also due to the choice of editing and camera movement but credit has to be given to the actress as well, it’s not easy to get an audience to invest without background or dialogue but it’s more than accomplished here; your eyes will be glued to her throughout the film. The other actors of course do add value to their scenes and the story in general but the focus never really shifts from the lead actress.

The whole film has a clear and yet complicated, varied sense of style and yet each of the different aspect work well together; as mentioned before there’s the almost silent film aesthetic but at the same time it has a modern-art film feel and with a tiny hint of 1980s horror mixed in, each one complimenting the others. There’s also a great use of colour which adds energy and an almost dangerous vibrancy which is great to watch. The story progression is done well to create an intriguing plot without ever having to show too much, letting the audience’s imagination do the rest of the work, successfully. The film is also exceptionally well edited and scored, the latter being effective in creating the strong ominous tone that draws you in.

Altogether it’s a film that opens strongly and holds that strength throughout once it peaks your curiosity, it’s well made, enjoyable and interesting. It’s also freely available for you to watch right now by following the link below.